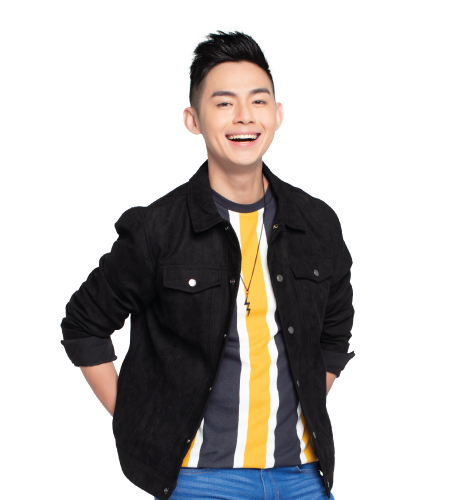 Yan Wei started hosting radio shows when he was only 19 years old, as a bubbly zany sidekick on UFM100.3 evening drive time radio show 《麻辣馆》, using the alias 店小二 for almost a year. He subsequently went off to Taiwan for his overseas studies, where he starred in many commercials and also appeared on Taiwanese variety show 《大学生了没》. Upon graduation, Yan Wei came back to UFM100.3’s morning drive time show《不给一口叮》, and after that evening drive time show 《下班也疯狂》, leaving an impression on UFM100.3 listeners with his creativity, quick wit and humour.

Yan Wei made his TV appearance on local channels’ drama series, hosting variety programmes and made his first appearance in a local movie. As an voice-over artist, he has lent his voice to countless TV commercials and TV documentary programmes.

Being effectively bilingual, Yan Wei is able to switch between English and Chinese effortlessly, making him an idea emcee for hosting all kinds of events. To date, he has already hosted hundreds of events, including commercial roadshows, serious cultural events, and KPOP concerts.

Yan Wei can be heard over the airwaves of UFM100.3 on weekends.