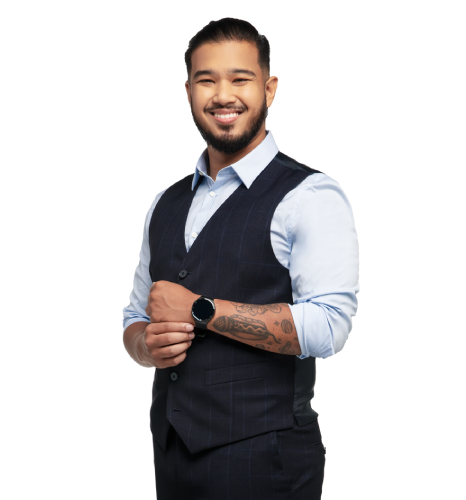 Shaun holds the skills of an entertainer, a radio personality, a stand-up comedian and a magician.

Shaun Tupaz is the man who can do it all. Armed with a passion to entertain and a few other tricks up his sleeve, Shaun is prepared and ready for any crowd, big or small. Whatever the occasion, if you’re looking for a way to make people laugh, cry, “ooh”, “ahh”, and much more, look no further than Shaun Tupaz.

Shaun is no stranger to the stage, his list of hosting engagements spread over various brands and locations. From weddings to Dinner and Dance, Shaun has also been shining in front of the camera, working with famous local YouTubers; Night Owl Cinematics, Cheokboard studios and JTV. Shaun was a co--star in the 2015 mini local movie “Lingo Lingo Where You Go”, which some of his scenes was directed by Jack Neo.

Outside of radio, hosting and television gigs, Shaun’s charm and personality made him a popular Ambassador for brands like Nike, Costa Coffee, Pure Fitness as well as charity organizations like Momember and The Dyslexia Association.

On weekdays you can hear Shaun on The BIG Show together with Glenn Ong, Angel and The Flying Dutchman, and in the evenings you can catch him bringing the house down all over town doing stand-up comedy.