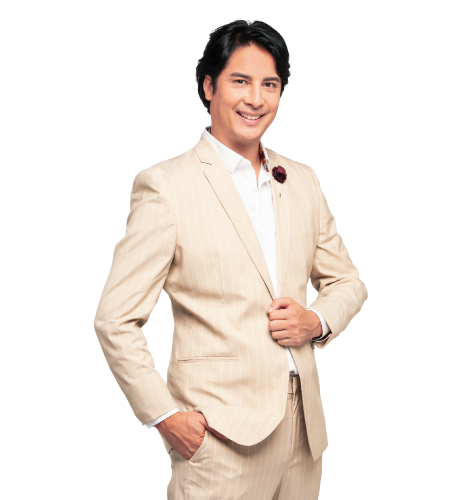 Shan is a radio host and TV presenter based in Singapore, and is currently hosting his own show on Kiss92.

Shan previously anchored  the show ‘The Escape Plan with Shan & Cheryl’ on ONE FM 91.3. Standing at over 1.9m tall, Shan is one of the tallest, and most striking Pan-Asian faces in the media scene.

Shan appeared as a contestant in the Channel 5 show ‘Eye for a Guy II’, and has established himself as a fresh and unique voice in the Singapore radio scene. Shan has also hosted various TV shows including the entertainment news programme ‘Rated E’ alongside Michelle Chong, and the weekly broadcast “SinghaFootball Crazy” on Fox Sports. Shan has appeared in many magazines, and was on a featured cover on F1-themed fashion 2016 on Menshealth.

Shan has modeled for clients such as Redken, at Singapore Fashion Festival. He is comfortable hosting a wide variety of live events, and is skilled at a broad scope of western accents for voice-over purposes.

In 2017, father of 2, Shan published his first book “99 Rules For New Dads” which dishes out “dad-vice” on fatherhood from pregnancy until the preschooler years.