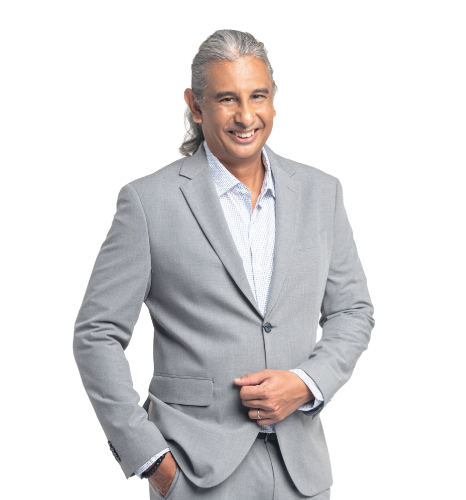 Rod Monteiro is one of the most prolific names in the entertainment scene in Singapore. Starting his journey more than 32 years ago, Rod has been highly sought-after as a host for both private and national stage events; his biggest stage show being the Millennium Swing Singapore with an audience of nearly 500,000 people at Orchard Road.

Rod Monteiro has also rocked the radio scene here in Singapore throughout his 19 years on local radio stations, with all his shows topping the different radio stations. Rod has also helmed several past No.1 morning and evening radio shows and is an award winner for Singapore's favourite radio DJ, which he won two years in a row.

After spending 19 years on local radio stations, Rod Monteiro decided to expand his horizons across the border. When Malaysia's Astro Radio came knocking on Rod's doors, he took up the challenge to broadcast in his Father's land. Starting with Mix FM's morning show, the station had a listening audience of 300,000 but soon rose in the ratings to garner 1.2 million listeners with Rod helming the morning show.