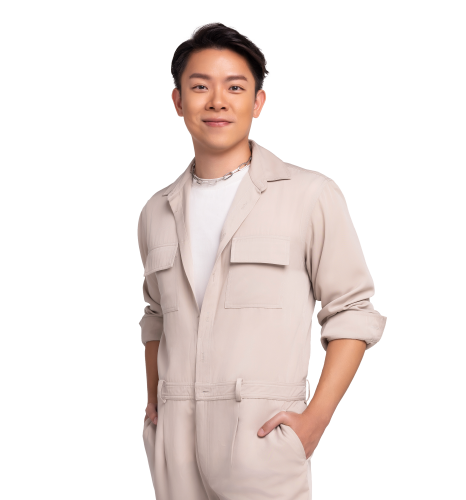 As a boy, one of Quan Bin’s favourite toy was a simple cassette tape recorder; the first gadget which helped him realise the draw and energy of voice.

This boy would later start his official stint in Radio with UFM100.3 in 2015. First as a regular weekend presenter, and then as an occasional weekday stand-in. Quan Bin then joined SPH Radio full-time in 2017 upon graduating from Nanyang Technological University, opting to take a leap of faith by joining the pioneering team of 96.3好FM.

Fondly known by listeners as 96.3好FM’s resident “Ah Boy”, Quan Bin’s warm and genuine personality is best felt through his voice, in his works. His experience as a Producer and Interviewer enables him to handle almost any topic with ease; be it unlocking the hidden tales of Singapore’s oldest temples, or revealing the secrets of the Death industry. This young Producer-Presenter firmly believes there is no content too sensitive or inappropriate for the airwaves.

Circuit Breaker has also made Quan Bin believe fully in stepping out of his comfort zone. This epiphany has led him to venture into the world of podcasting, furthering his passion for storytelling, as seen in the two separate and well-received series under his belt. With his deep, rich voice, Quan Bin has also lent his voice to represent brands like Audi, McDonald’s, F1 Singapore Grand Prix and more.