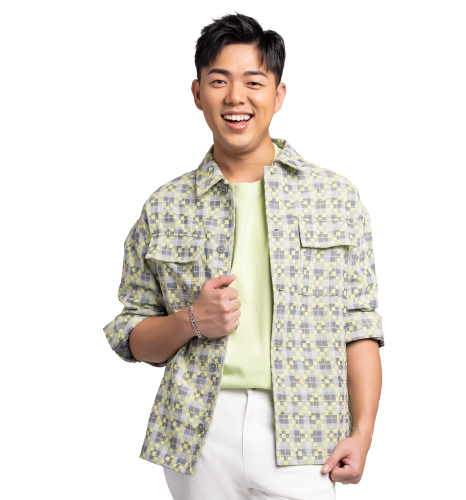 Highly dynamic and personable, Qing Hong is a deeply engaging host who charms aunties, uncles and engages senior managers alike; switching flawlessly between English, Mandarin & Hokkien. From team building sessions, dinner-and-dances, anniversary celebrations, launches to community events and conferences, Qing Hong hosts more than 100 events a year, making him one of the most sought-after bilingual emcees in the industry.

During the Covid-19 pandemic, his passion to entertain led him to pivot to content creation. His Covid-19 parody videos accumulated more than 2 million views on Facebook and continued going viral on messaging apps. From that, he was later discovered by a broadcasting agency, who contracted him to produce a 100-episode web documentary series, discussing trends of China in a light-hearted manner.

Being a multi-faceted talent, Qing Hong has also starred in various tv commercials for telecommunications, statutory boards & household brands. Qing Hong is not a new face and voice to our listeners as he has been hosting the weekend shows on UFM100.3 since 2017.