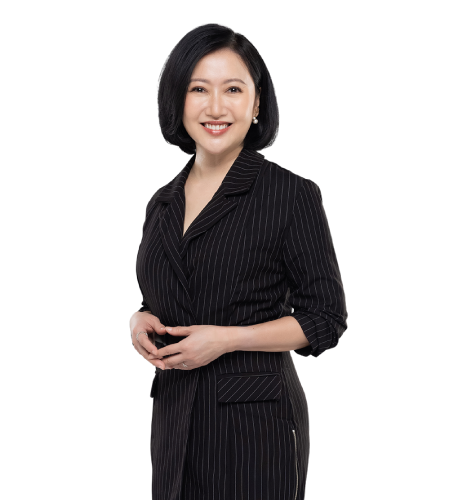 From the newsroom to the boardroom, Melissa has more than 20 years of experience and track record in broadcast journalism and business communication.

As a broadcast journalist, Melissa’s conversational delivery, sharp interviewing skills and confident adlibbing earned her concurrent appointments as anchor of the evening primetime belt and resident presenter for two of Singapore’s longest-running current affairs talk shows, one focusing on Singapore issues and another on international developments.

Melissa was a trailblazer in Singapore news broadcast: She moderated Singapore’s first TV debate involving election contesting parties and was the first to present a bilingual current affairs series in English and Mandarin. Aside from a 1-year stint as Hong Kong Correspondent where she also filed bilingual reports, Melissa has covered events out of the US, Europe, China and SE Asia. Among Melissa’s most memorable interview experiences were her conversations with Lee Hsien Loong, Tharman Shanmugaratnam, LVMH Chairman Bernard Arnault and survivors of Bali bombing and AIDS.

While most associated with news broadcast, it was The Walt Disney Company that kicked off Melissa’s TV career when its headquarters handpicked her to present its inaugural Singapore children’s programme. Melissa’s radio journey began after that on an adult contemporary music radio station where she hosted the morning drivetime show.

A self-confessed introvert, Melissa toggles her leisure time between trying to not kill her plants and resurrecting her sourdough starter.