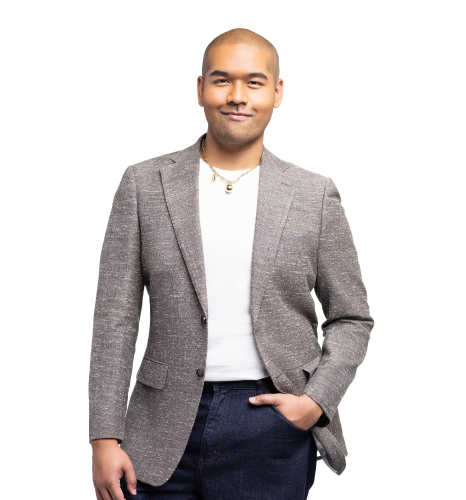 HE SINGS, HE DIRECTS, HE HOSTS, HE’S A DJ

Known affectionately as Josh, the young and talented music enthusiast first debuted into the airwaves on previous SPH radio station HOT FM's Hot 30 Countdown in late 2012. A year after, Josh escalated to prime-time slots, and both the morning and evening shows, no mean feat.

Besides being a voice-over artist and an event emcee, Josh is also a singer-songwriter with skills expanded to video and music production too.

To date, Josh has met Hollywood A-listers, including Ryan Reynolds, Charlize Theron, Chris Hemsworth and he has also made the front page on The New Paper with Hugh Jackman, having interviewed and shared projects with Jackman 3 times now. In November 2013, Joshua was the only Singaporean sent to interview pop superstar Katy Perry in Tokyo!