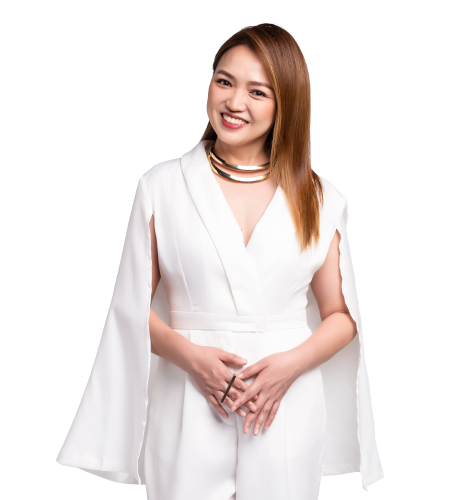 Carine, more commonly known as Jing Yun, has a great passion in radio. She became a radio presenter in 1997 and has hosted a wide array of programs ranging from current affairs to entertainment. She is also a columnist with Lianhe Zaobao (联合早报) and Shinmin Daily News (新明日报).

The trooper enrolled herself back in school for qualifications in English and Chinese translation, and has graduated recently. With a passion in teaching, Jing Yun became an educator and has taught in her maiden school, Ngee Ann Polytechnic as a lecturer.

Before launching the radio station 96.3好FM in 2018, Jing Yun was co-hosting the evening show《U~傍晚好》on UFM100.3. In her free time, the multi-talented Senior Programme Director belts out a tune, sharing her love for music with her listeners on Facebook Live.

Her nurturing nature has set her as one of the most sought after emcees for counseling and community service related events. Knowledgeable in current affairs, Jing Yun is adept at facilitating any financial or health seminars.