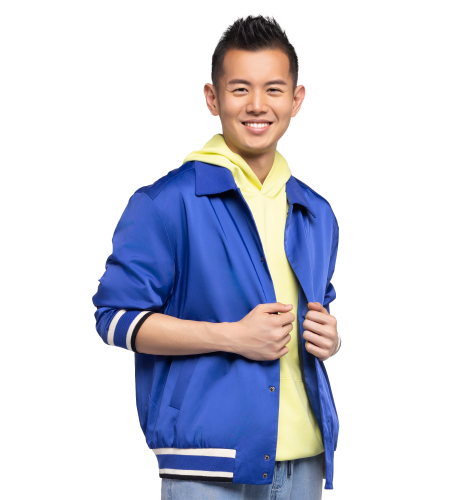 Cheng Yao started his career in the media industry as a part-timer radio presenter in 2009. A graduate from Ngee Ann Poly’s Chinese Studies with Merit, Cheng Yao scored distinctions in different areas and earned himself SFCCA Gold Medal and Prize as the Most Outstanding Graduate in both academic performance and co-curricular activities.

Not only did Cheng Yao ace excellence in his academic studies, he also hurdled through the challenges in a radio DJ hunt organized by UFM100.3 in 2011. He signed a full-time talent contract with UFM100.3 after graduating from NUS in 2015. Cheng Yao was a regular host on OMY’s 《头号人物》, and had the privilege to meet and interview artistes from around the region, expanding his horizon and encounters beyond the boundary of the studio.

With his outstanding writing skills, Cheng Yao is a regular columnist with Lianhe Zaobao, and a SPH student supplement, Dou Hao. Not only is he a vivid reader, Cheng Yao also settled himself into listening to a wide array of music genres which has earned himself the ticket to doing one-on-one interviews with many renowned writers and singers.

Cheng Yao used his passion for the Arts and Literature to start a podcast to share on the books that he has read, that provided meaning and comfort to him in his life.  Cheng Yao hosted his own night show alone for five years, before joining the morning show in 2022.