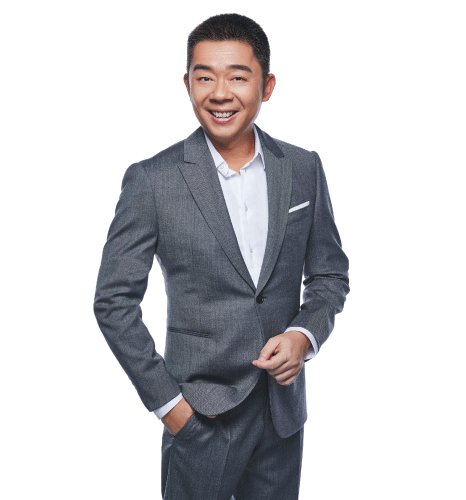 Beginning his stint in Singapore’s radio scene in the early '90s, almost every household could remember Bernard Lim - the face of the renowned TV programme “Wheel of Fortune” on our local TV Channel 5, where he intrigued contestants and entertained TV viewers’ interests nightly for two years. Bernard has also been Singapore's yearly companion at home as the TV commentator for the National Day Parades annually on Channel 5 in the early 2000s.

After deciding to leave the frontline being 'The Face' in media, Bernard then took on new challenges as the 'The Brains' in management roles from Vice President for Radio Programming to becoming CEO of the Singapore Stock Exchange listed company, LifeBrandz Limited thereafter, and on again to return to the media industry as Managing Director for Mediacorp TV in 2013.

As one of the most prominent media personalities in Singapore, Bernard's years of experience has undeniably catapulted him far ahead from his peers . The ease of versatility in his stage presence, the command of wisdom and practicality when broadcasting both on and off air, coupled with his pleasant wit and humour, make him a popular choice as a host and moderator. Together with Michelle Martin and Finance Presenter JP Ong, the powerhouse of a pair commands a loyal following of listeners on the evening drive time show "Prime Time with Michelle Martin, Bernard Lim & Finance Presenter JP Ong" on MONEY FM 89.3.