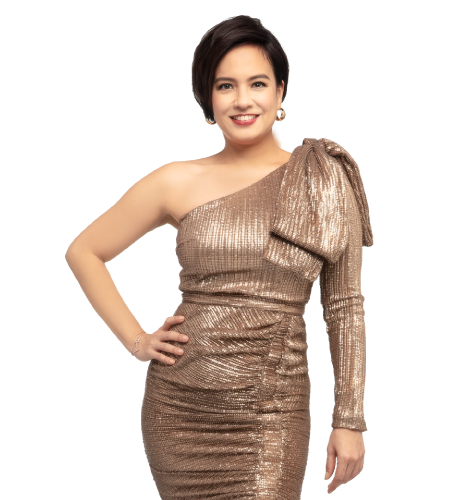 Commonly known as Angel, she has been in the industry for more than two decades, this multi-faceted personality has gone from strength to strength ranging from modelling and television hosting, to wa travel writer and to now having her own evening drivetime show on ONE FM 91.3.

Today, Angel's bio reads a mile long with her past hosting programs airing across more than 23 countries on 42 channels. Her job titles have included; host for two HBO Asia programs; Signature Showcase and Weekends on HBO, host and face of LI (Life-Inspired) TV, host for the Singapore Formula 1 on national TV, scriptwriter and luxury travel-writer.

Angel is also a familiar face on the gastronomy scene in Singapore as host of big culinary events like the World Gourmet Summit (WGS) and the World Gourmet Series (2019 will mark her 10th year hosting the opening night of WGS). With so much on her plate, this jet-setting host continues to be one of the most sought-after presenters across the Asia Pacific region and beyond; having hosted for A-list events that included sharing the stage with the likes of Jackie Chan, Rick Astley, Lewis Hamilton and numerous others.

Angel's quick-witted personality as well as her ease with people from all walks of life, has made her a popular host in the industry for events not only in Singapore, but across the Asia- Pacific region as well as the Middle-East.