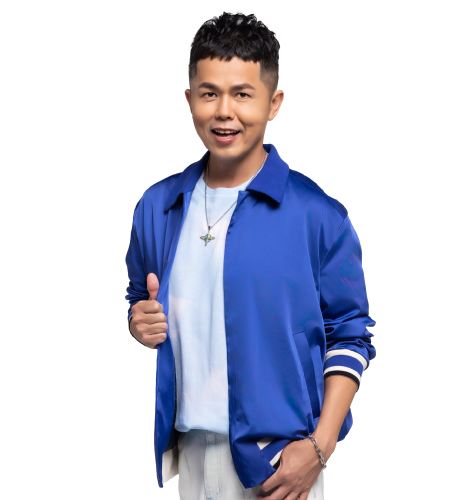 HE NEVER RUNS OUT OF IDEAS

Wen Hong is a well-known radio DJ personality in the Chinese media sector with over 20 years of radio experience. He graduated from Taiwan ZhengZhi University with a Degree in Journalism in 1995.  During his under-graduate study, he was a radio DJ for 2 years at a state-run Taipei radio station. Upon graduation, Wen Hong started his full-time career as a radio DJ at local radio stations in Taiwan, presenting a variety of radio programmes, including news, current affairs and entertainment.

Wen Hong joined Singapore Press Holdings (SPH) in 2001 to start an all-new Mandarin radio station, UFM100.3. The veteran radio DJ is heavily involved in the setting of programming direction, training and nurturing of new DJ talents, as well as radio creative content, branding and promotions. As a Senior Creative Consultant in UFM100.3, Wen Hong contributes greatly in the creative planning for the station programmes, and his distinct persona on radio, earned him the credits of being the “Best Male Radio DJ” for consecutive 4 years in OMY Radio Awards and Singapore Entertainment Awards.

Wen Hong was the chosen TV host for many current-affairs programmes on SPH’s Mediaworks TV Channel. In later years, he has developed a long-term working relationship with Starhub TV, hosting many years of TVB Red-Carpet and other award ceremonies. In 2017, Wen Hong hosted Starhub’s Singapore and Malaysia collaboration of <THE VOICE> along with Malaysia’s popular TV host.

Together with Singapore’s award-winning director, Anthony Chen, Wen Hong launched a new film company ‘Giraffe Pictures’ in Singapore which produces a various of movies including “ILO ILO”, the movie that Wen Hong first brought a Golden Horse Award back home.