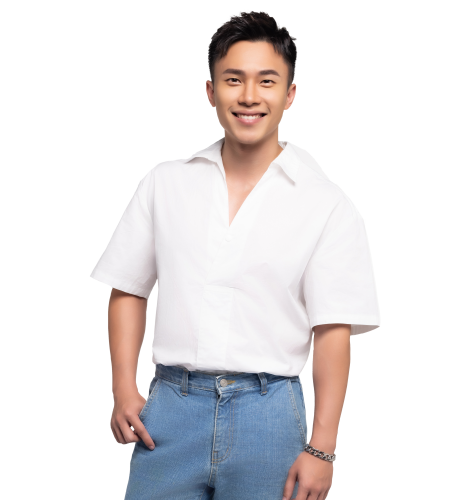 Formerly an air steward, Wei Long is the winner of a radio DJ Hunt Competition in 2010, and also a quarter-finalist in NTU’s Impresario singing competition during his stint as a student in NTU.

All set to further enhance his radio skill set, he joined UFM100.3 in 2015 as a full time DJ and was taken under the wings of veteran hosts in the morning show for 4 years before co-hosting the evening show for another 4 years.

With his toned body physique, Wei Long has done fashion modeling and modeled for sports brands on print ads. The NTU-alumni is also won himself the name of “The Freshest Face” in Cleo Bachelor Finals 2016.

A voice-over artist for radio commercials, Wei Long is also the voice behind cable channels ONE / GEM's commercials too. Being effectively bilingual, Wei Long switches between English and Mandarin effortlessly which makes him one of the highly sought after emcee for events that require bilingual hosting.